Francis Gary Powers Jr., our featured speaker, is the son of the famous American pilot whose CIA U-2 spy plane was shot down in Soviet Union airspace causing the 1960 U-2 incident. 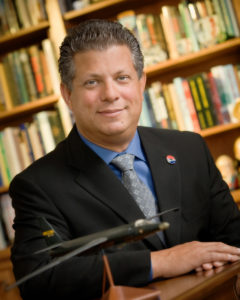 Gary lectures internationally and appears regularly on the History, Discovery and A&E Channels. He is the Found and Chairman Emeritus of The Cold War Museum located at Vint Hill, VA.

Recently he consulted for a Steven Spielberg Cold War thriller, Bridge of Spies, about the 1962 spy exchange between Rudolph Abel and his father, Francis Gary Powers Sr.

The Chesterfield Pilots Association’s mission is to promote and protect aviation through advocacy, safety education, outreach and social activities. It is our privilege to host Mr. Powers.

Pilots, bring your spouse for a date night and/or other guests and enjoy a rare encounter with American aviation history at Capital Ale House on April 20. There is no cover charge, however guests pick up their own meal & drink tab.

Sign up to receive emails about special events in the future.

Your 5-Day Forecast at a Glance